Since „traveling“ became a mass phenomen and even the most remote places are available for everybody the artists elaborate different ankles of approach to this theme. 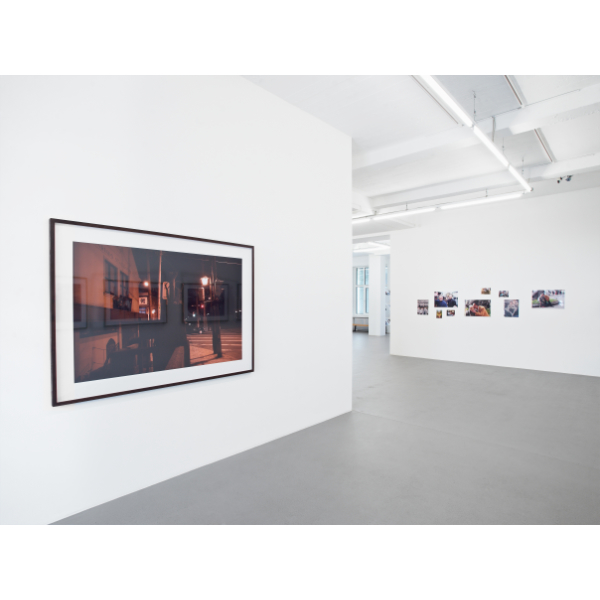 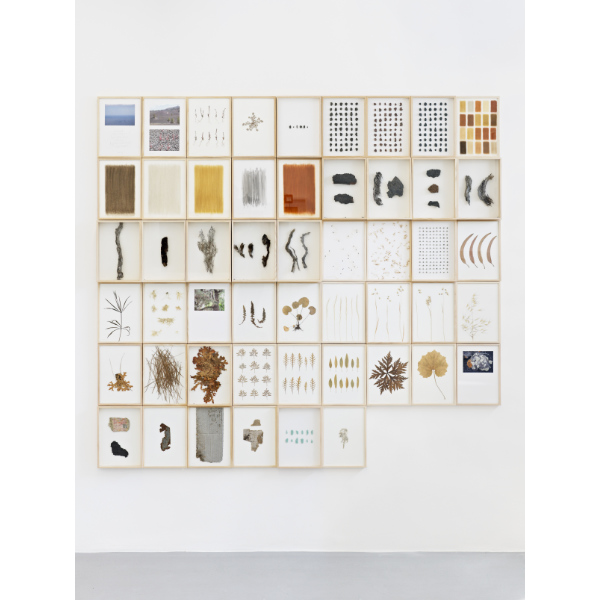 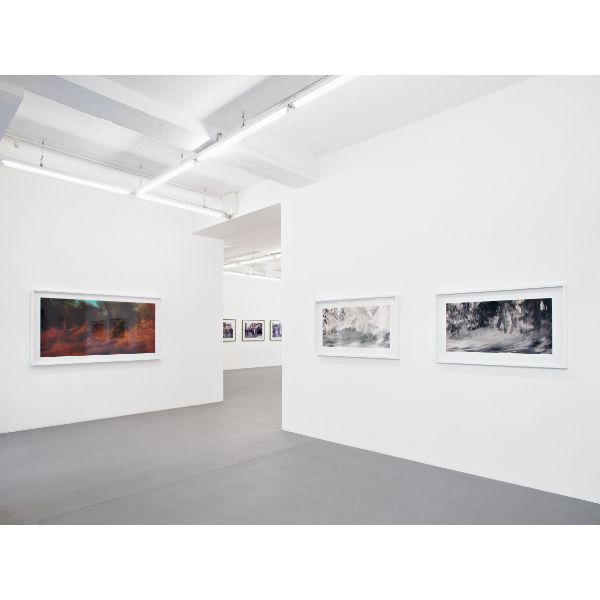 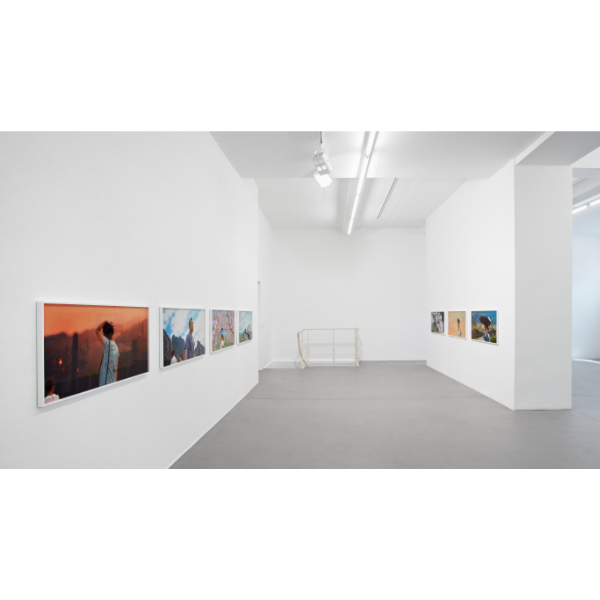 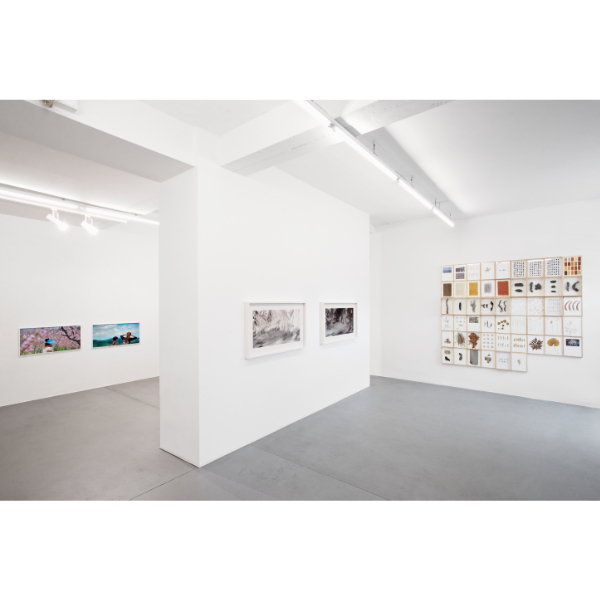 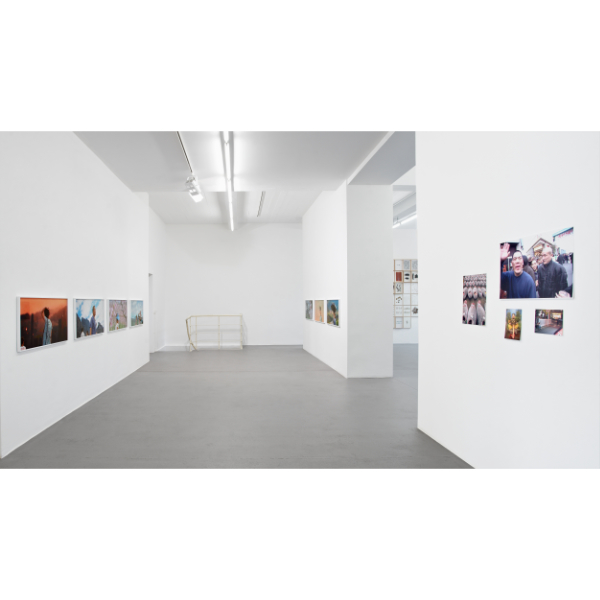 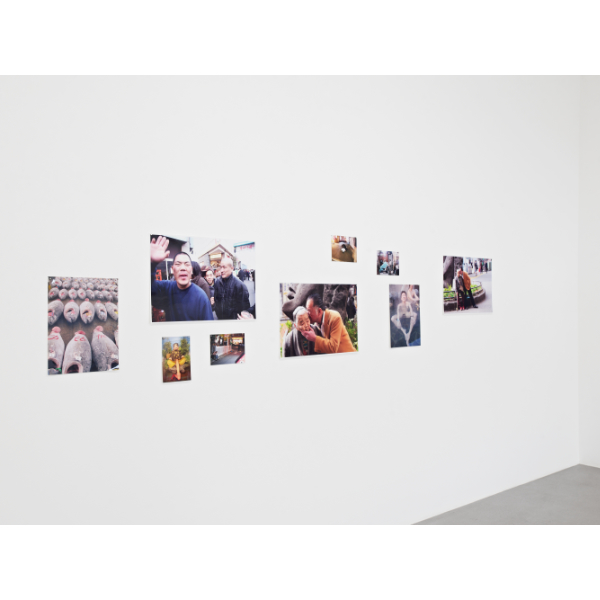 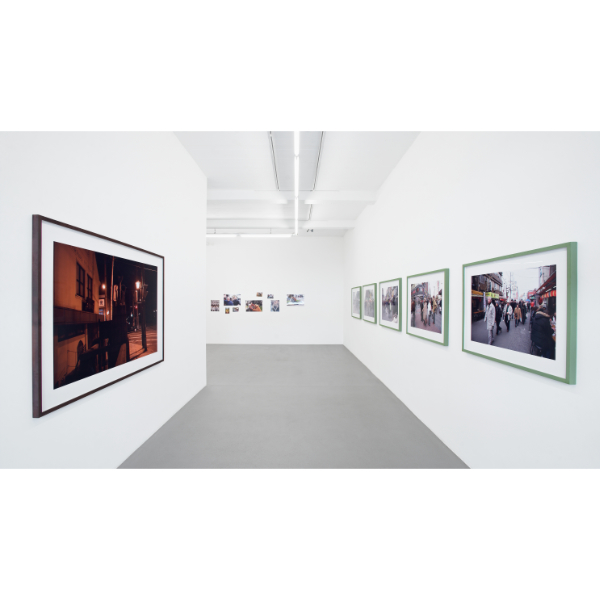 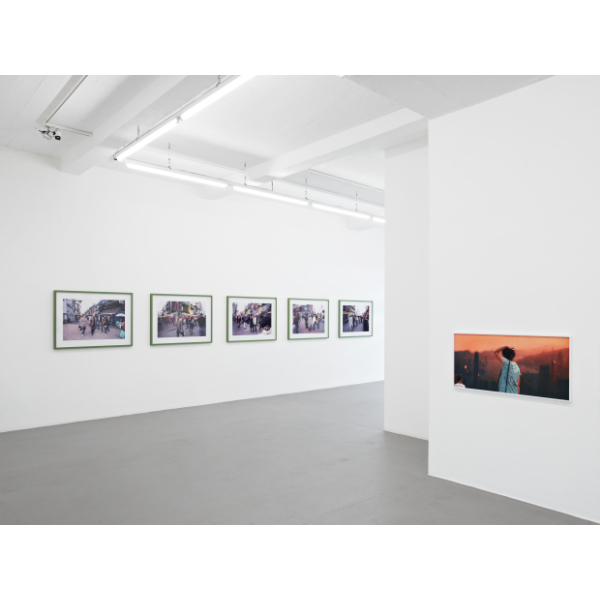 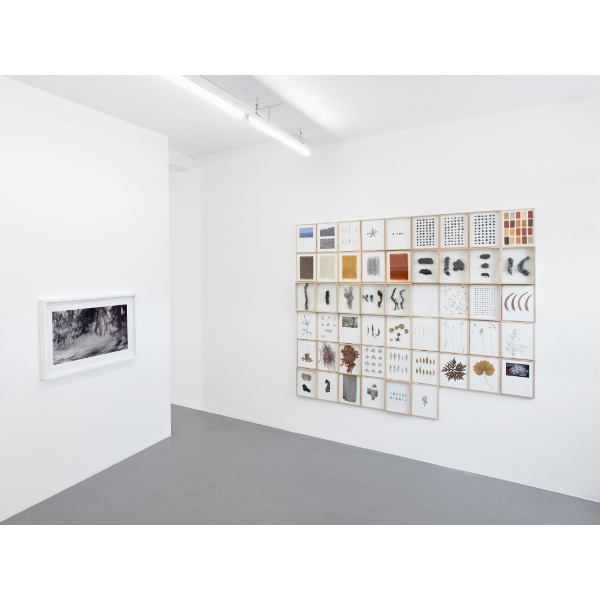 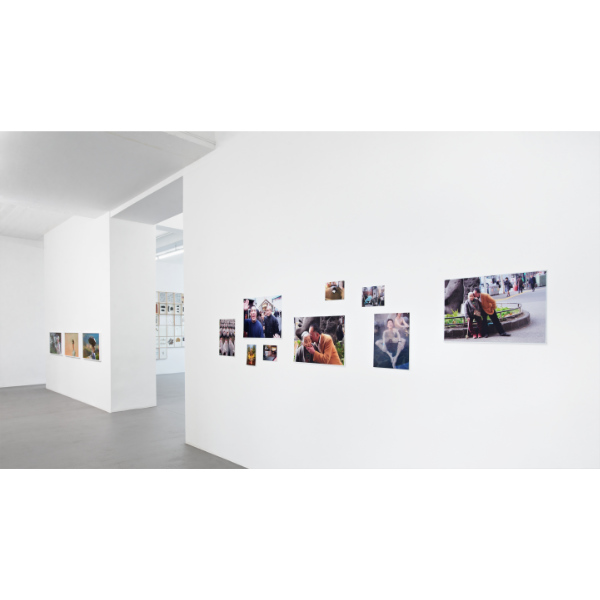 herman de vries, Alkmaar, Netherlands 1931
Latestly since his exhibition at the Dutch Pavillon/ Venice Biennale 2015 herman de vries is famous for his „journals“ – collections of all kind of natural materials and artefacts from all over the world. One of his essential statements since he has quit the dutch Zero tribe „Nul“ in the early Sixties is: the world is my studio. We present his 51 panel piece “journal from la palma” collected in 2009.

ROSEMARY LAING, Brisbane, Australia, 1959, lives in Sydney.
Laing develops her conceptual series after extensive research trips on sites all over Australia. For her latest series ‘effort and rush’, 2015 she chose instead, a tourist’s visit to Madagascar and Indonesia. Upon closer examination it is found that finally only two motives were selected, taken through the window of her travelling vehicle. The camera is skimming the place it is passing. Camera speed and aperture are against the unpredictable speeds of an endlessly passing subject – shifting the technical into an intuitively understood situation of constant movement. Motion blur makes the subject seem almost abstract. The images lose their spatial reference and become pure surface. Locomotion is the dominating experience, other aspects of travelling like geographical particularities of places and its people fade away. Reversal, inversion, rolling and spinning are recurring themes for Laing. They also feature in her most recent works, the series ‘effort and rush’ (2015), which depict a turbulent, blurry ride through what remains of wilderness – in Lombok, Bali and Madagascar … With the advent of digital technology, Laing has observed that there are ‘too many photographs’ out there in the world, so many images – it is as if we are burdened with a visual slush. Much of modern life is experienced through a filter rather than a direct experience or encounter, and this seems to be an issue that Laing’s latest works consider.

BORIS MIKHAILOV, Charkov, Ukraine, 1938
Due to his permissive and provocative images he early expierenced massive repression. After his relocation to the West, he realized quickly that even in the Western society the unwritten laws of prevailing aesthetics determine the photographic gaze. But until today his unmeasurable compassion for outsiders and victims of social decay is essential in his work. He enlightens with his camera the darkest areas of moderne societies . His series “From Japan” captures images characterizing an aging society. Photos taken by the groundbreaking Ukrainian photographer Boris Mikhailov in Tokyo during the winter of 2006-2007. “I want to know what is the real Japan and what is the difference between Japan and me,” Mikhailov stated as he embarked on his first long stay there. This selection of nearly 30 color photographs made with various techniques and formats reflects Mikhailov’s critical yet respectful observations of Tokyo life, while also confronting viewers’ preconceived notions about the Japanese people. Mikhailov’s spontaneous street scenes feature marginal figures: The old and the poor, the homeless lined up at a soup kitchen, people who have fearfull lifes.

Until today his unmeasurable compassion for outsiders and victims of social decay is essential in his work. He enlightens with his camera the darkest areas of moderne societies . His series “From Japan”, published by Steidl in 2016, captures images characterizing an aging society.

SASCHA WEIDNER, 1976-2015 Berlin
For Sascha Weidner who had been on the road most of his life, travelling was the search for meaning in a romantic sense. However he was aware of the romanticizing gaze and dealt with it in his pictures. Besides from „Hanami“(2014) we choose from his latest series “Traveling through China“(2015). He photographed people at the Tiananmen-Place in Beijing with its giant LCD screens showing geographical highlights from all over China. Passers-by pose in front of the screen to have their souvenir photos or selfies with out ever facing the real.