Sascha Weidner works within a radical subjective pictorial world. This world is greatly influenced by the perceptions, longings and dreamed images of a generation whose credo can perhaps be best described by the slogan NO FUTURE – MUCH PRESENT. The drums batter away in the background, the guitars scrape. It sounds like punk, but is, in fact, the next, and next-again, and next-next-again generation: now the rhythms are more melodic, and the melodies are gentler. Sascha Weidner’s photographs are like songs.

Their poetry soaks up memories and longings and creates real /unreal images of resonating beauty. Life is a film, and every image stands for longing. It is a phenomenon that the punk of the 1970s and 1980s is to be found in visual form in the paintings of the era. »We want to be amateurs«, said Johnny Rotten. Fast, wild, anarchic. No time for aesthetic well-formulated photographic expression, a medium too static for this confusion.

Then suddenly, people like Nan Goldin came along, then Wolfgang Tillmans and Ju?rgen Teller, not punks by any means. However, their pictures express such an anarchic, untamed and self-destructive lust for life that it is hard not to believe that something from the zeitgeist of various scenes had finally been captured in photographic form. It was thought, and this is still the case, that these photographers were keeping these images alive, images they took of themselves and their friends, both real and potential.

Sascha Weidner’s gestus of a seemingly unconditional openness is what connects him most to artists like Goldin or the early Tillmans. This emotional close-up view is born of a radical subjectivity; at first glance, the pictorial cosmos created seems hermetically sealed. It is an inclusive and exclusive us, articulated in this cosmos and networked to the world from its edges.

Sascha Weidner looks with the tenderness of a bemused romantic at that which the presents, be it in Osnabrück where was born and raised, in Braunschweig where he studied with Dörte Eißfeldt or in Los Angeles where he will return for a second time this year having again been rewarded a scholarship. He wrests almost unbelievable pictures from the alleged tristesse of the provinces – as if it were irrelevant where you are, as long as you look with hungry eyes, and, above all, remain true to yourself. The cropped close-up of a hand, in an indecisive gesture that lies between openness and closure, pausing as if in amazement at the magical beauty of the moment, where our own body also plays a role. Legs – one-half footballer’s calves, one-half schoolgirl knee-high socks – jumping lightly on a white bed draped in gothic sheets: we could believe that a soul is about to rise up. A short while later the bed is empty, the white drapes having reached baroque infinity. A swarm of water droplets on a journey between the sky and earth. A dark forest is illuminated by a carnival or birthday garland. The nocturnal deserted pool seems to have come from the same fairy tale as the young woman with her eyes closed, or the glittering city rising from the darkness. This fairy tale is unusual as here the ugly and the beautiful collide: they meet by chance, but were still predictable – accidents, illnesses and transience appear as forces of nature, and they possess exactly that disconcerting beauty peculiar to forces of nature.

It is the light that seems to be changing into a subtle, beauty, almost absent from the world. It leads us to objects and people to that interzone of our dreams and confronts us there with our deepest fears and hopes. It is the stroke of light, the cast of a shadow that transforms the hand in front of the camera into a meritorious something. It is the light that seems to crawl along the floor until it reaches the towel lying there, with the dusky pink curtain hanging above. The fragmentary representation of the space, which functions here as a stage, is replete with a shocking emptiness. The light soberly lights up the scene of the collision where two people wait for assistance, as if they never have done anything else. Elemental forces blaze on the distant horizon or in the flames of a fire. And in the form of a universal power, it flies like the canopy of the sky towards the male figure – exploding the classical image of the romantic and contemplative figure as viewed from behind. His protective gesture is revealed as one of powerlessness too: the structural uncontrollability of the self is continued on the naked body.

This is perhaps the fundamental theme of all the works of Sascha Weidner: human existence is projected into beauty. It is confronted with images, of which beauty is a component, which it produces, destroys and then retreats from. A quiet melancholy pervades these images, as does an ardour that rejoices in life. Here, in this publication, this is focused especially in the lyrical tones of the selected images.

Sascha Weidner works on several series simultaneously. At times, they overlap; the pictures move from one series to another, are created for a specific work, resolutely analyse another. His oeuvre to date is diverse, and seems to follow its own internal logic.

»Beyond« was created in 2001. A series of predella-like landscape formats. The images portray, almost exclusively, the back view of young people in wide landscapes or urban situations: the photographed persons seem to be turning away from background, towards us; it is characterised by landscapes, architectural elements or almost monochrome colour planes with little differentiation. These figures are lonely. And it seems that Weidner is exploring the penetrability of these spaces and the potential that they offer to his protagonists. The shallow breadth of the formats, however, does not really allow them any movement; even when walking, they are damned to stasis: they confront colour landscapes where they descend.

»Staged« was created in 2003 /2004 during a stay in Orlando, Florida. Weidner took most of the photographs during parties held by the American gay community: well-built men in swimming costumes throng among the pool landscapes of hotel complexes. Their physical presence almost explodes out of the pictorial space and produces an incredible emptiness. The perfection of the superficial body extinguishes any psychological dimension. Weidner emphasises this by always portraying men standing with their eyes closed. These are not moments of inner reflection; instead, images of vacuous physical presence are produced.

In the pool landscapes, overflowing with bodies and the panoramas of dance floors, an anonymous, passive and faceless crowd is displayed. These externally perfect people seem to have been thrown just as randomly into the world as the wrecked cars and caravans lying on the roadsides of the great American landscape. In this theatre of Nothing, the overflowing ashtrays, the dropped bath towels, plastic bags and inflatable mattresses, photographed on the edges of the events, are the only animated objects.

In his most recent series, which he has been working on since 2005 under the title of »bleiben ist nirgends / staying is nowhere«, Sascha Weidner combines photographic images taken from mass media and art history with his own photographs. Structural and content-related associations correspond and, at the same time, create visual collisions where the photographer seems to be drawing from his own pictorial reservoir. This collection is largely of images of horrific events, crime scenes, perpetrators and victims.

They can often be linked to concrete events reported in the press. And yet, in this context, they could also be an archive of visual archetypes of violence and danger. And so, a demolished building is transformedin our mind’s eyes into Caspar David Friedrich’s Ice Sea, a pile of sand and rubbish on the edge of the motorway becomes the Island of Death by Arnold Böcklin.

The book form is typical of Weidner. In this case, he has used a small format. Images dedicated more to the beauty of horror than to the horror of horror are published as Beauty Remains in the format of an LP inlay booklet. 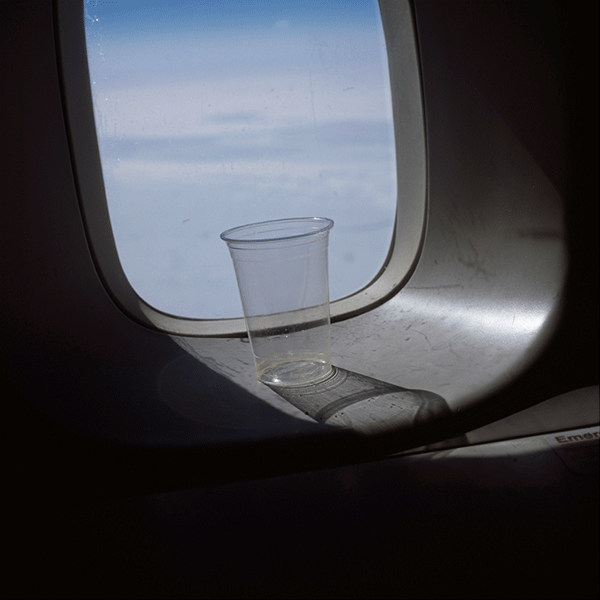 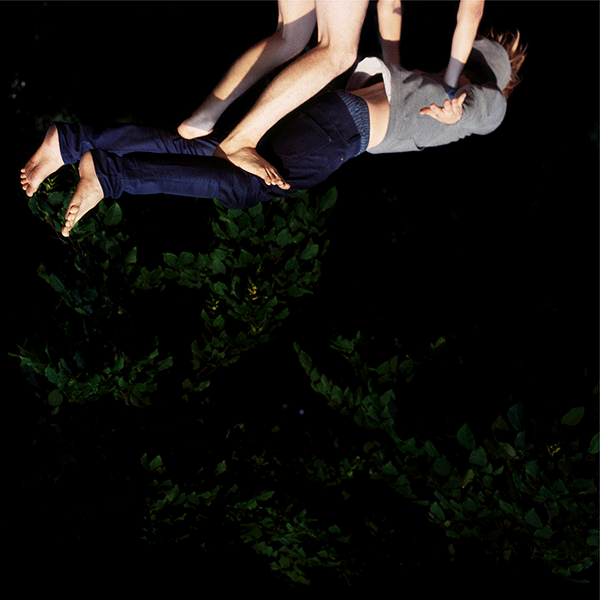 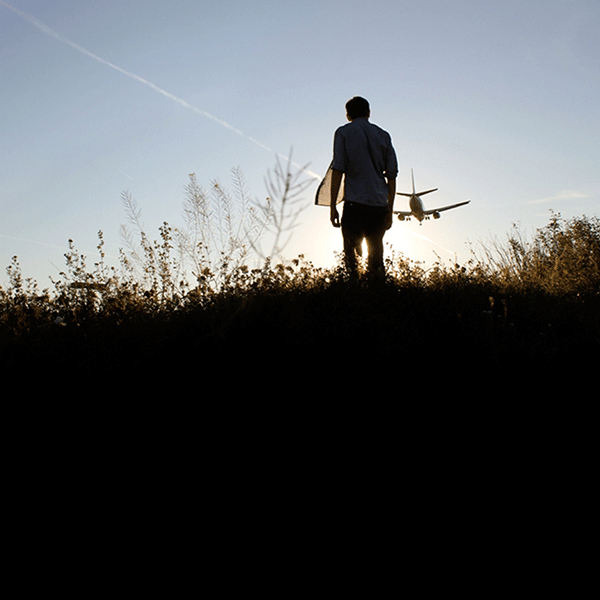