Rosemary Laing is internationally recognised as a leader in the field of concept-based photo media.

Trained as a painter, Laing has explored conceptually based photography and performance since the 1980s. Laing's work is all about dramatisation, using people, props and stunts to create performances in which the landscape symbolises something other than the "usual". From these elements Laing crafts beautiful, hyperreal images that seem impossible.

Rosemary Laing is justifiably esteemed within Australia and abroad for a career that has produced works of enormous appeal and cultural significance. Her international profile and reputation have become firmly established over the past decade with her inclusion in exhibitions such as the Busan Biennale, Korea (2004); Face Up: at Nationalgalerie im Hamburger Bahnhof, Berlin, Germany (2003); and her solo exhibition at the Domus Artium, Salamanca, Spain (2004) and Museum of Contemporary Art, Sydney (2005) as well as Venice Biennale (2007) and Sydney Biennale (2008).

Laing’s photographic practice has always been project-based and produced as series,often investigating the intersection between the landscape and the complex cultural milieu of place. She works in collaboration with the community of the area as well as professionals from a range of disciplines, such as film stunt producers and carpet manufacturers, to create works of cinematic scale that combine panoramic vistas with paradoxical events. These investigations allow the artist to create photographs that are not digitally manipulated, while seeming to depict impossible events and occurrences. The series flight research, groundspeed, bulletproofglass, and one dozen unnaturaldisasters in the Australian landscape have created not only hauntingly exquisite aesthetic experiences but poetic and resonant relationships between people, place and history. Juxtapositions of incongruent elements set up productive tensions such as a bride floating above the landscape in flight research; the bloody impact of gunshots on an antique white wedding dress in Bulletproofglass; decorative patterns of carpet laid on the floor of a rainforest or dramatic coastal sites in Groundspeed; or mass-producedcontemporary furniture in Australia’s remote interior in One dozen unnatural disasters in the Australian landscape. The connections they inspire are poetic, metaphorical and allusive rather than literal. Laing’s works frequently appear to document a disaster or momentous event and pose potent commentaries on society and culture evoked through intense moments of drama or catastrophe. Her highly coded compositions do relate specifically to Australia’s colonial history, but the tension she employs between a shared physical reality and an imagined world transforms the works beyond national borders. As George Alexander, the writer and critic articulates, her “images remain in collective memory as ciphers for what it was like to be alive in the opening years of the 21st century.” 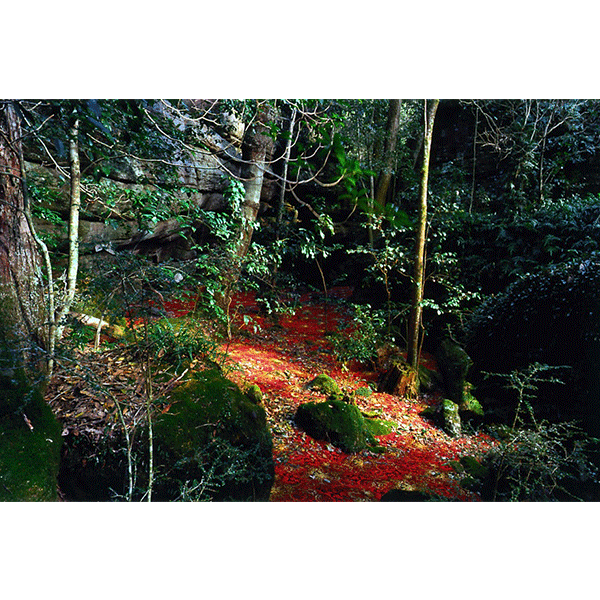 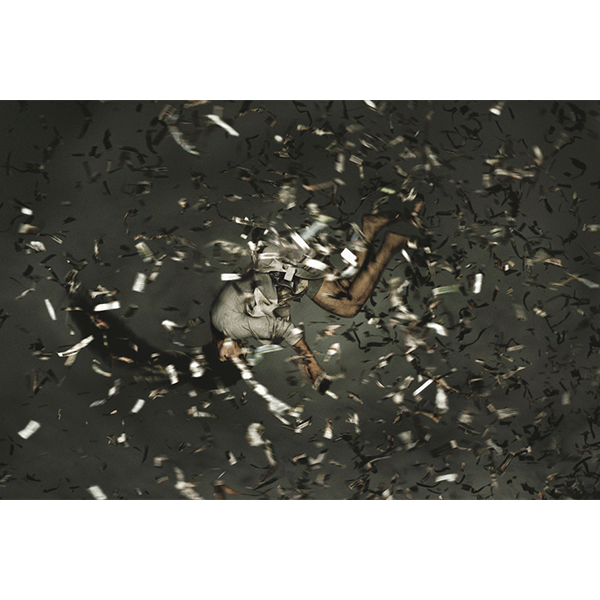 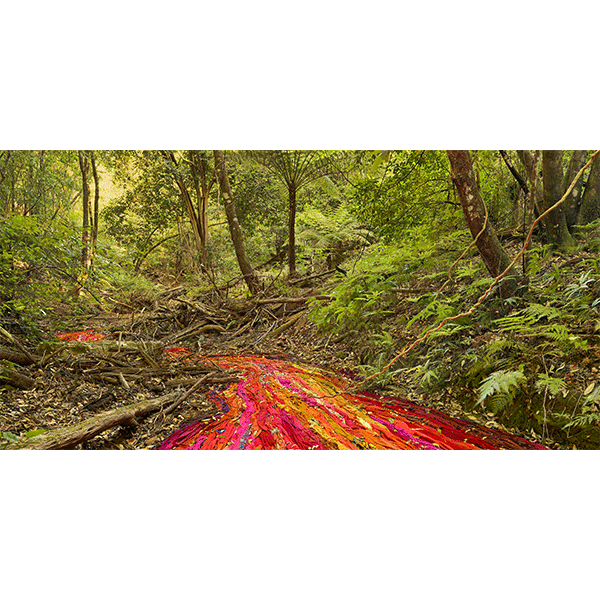