Born in the former Soviet Union, he lived and worked for several decades in his hometown Kharkiv, Ukraine. He received an education as an engineer and started to teach himself the practice of photography. Today he is one of the most successful and well-known photographers, who already was actively working in soviet times. His work very much is influenced in the means of Concept-Art and social documentary photography.

At the end of the 1960s he had his first exhibition. After the KGB found nude pictures of his wife he was set off his job as an engineer and started to full-time work with photography. He shot a series of everyday-life scenes-documentation. His most famous work during this period (1968–1975) was the "Red Serie". In these photographs he mainly used the colour red, to picture people, groups and city-life. Red is the color standing for October Revolution, political party and the social system of soviet society. It is often said, that within those works critical elements toward the existing political circumstances can be found.

In his work Klebrigkeit (1982) and Look at me - I look at water he added explaining notes, or he is using diary-like writings.

As an important part of contemporary art are considered his works "Case History". Here he examines the consequences of the breakdown of the Soviet Union for the people living there. Therefore he systematically took pictures of homeless people, who soon started trusting him. More than 400 photographs show the situation of people, who after the breakdown of the Soviet Union were not able to catch hold in a secured social system. In a very direct way Mikhailov points out his critique against the "mask of beauty" of the uprising post-soviet capitalistic way of life. It is one of the best works found within social documentary photography. In 2004 Boris Mikhailov exhibited a first series of Berlin. Again his attention is drawn to people living at the edge of society. 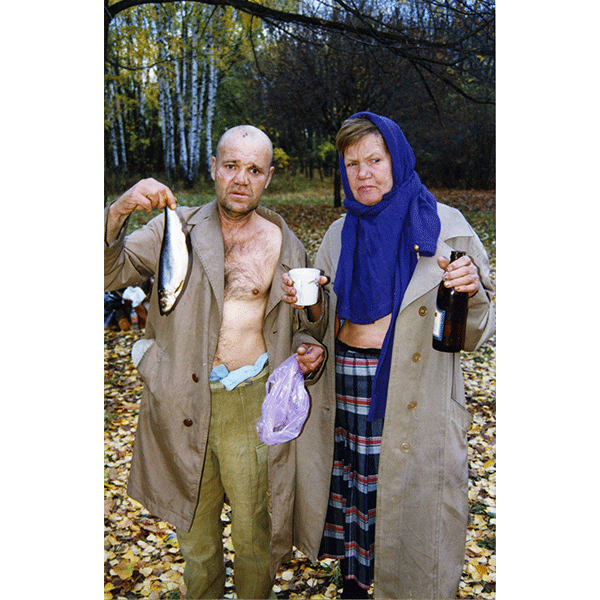 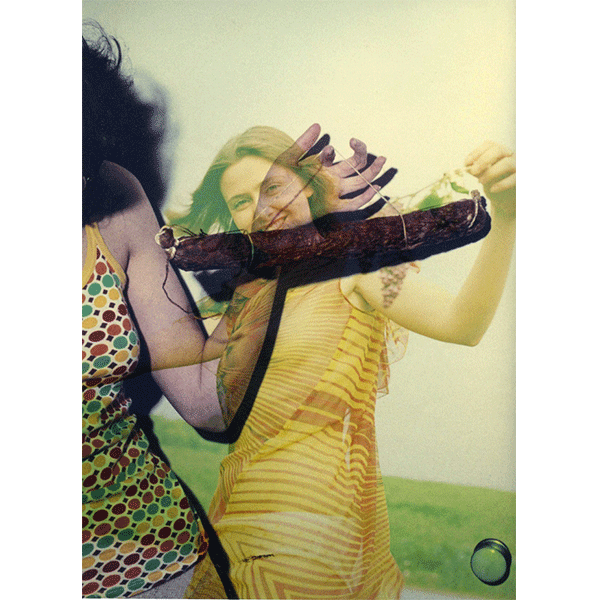 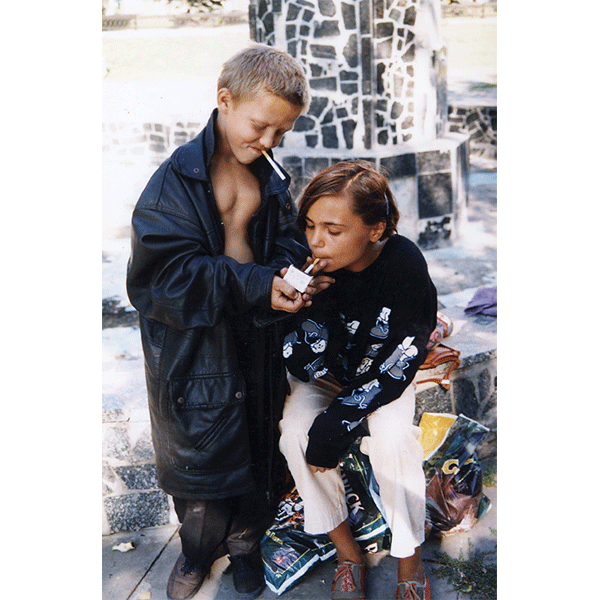