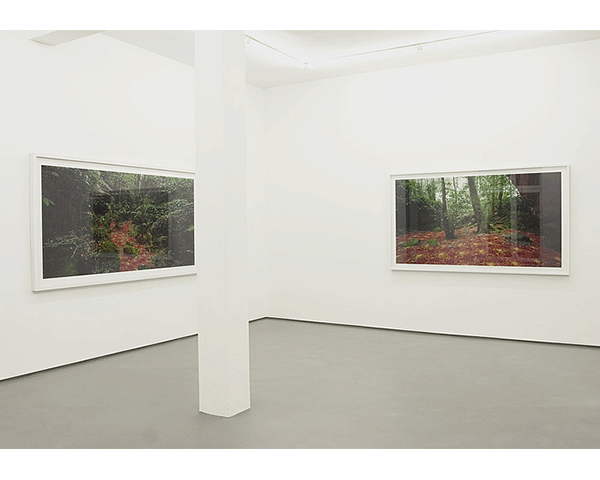 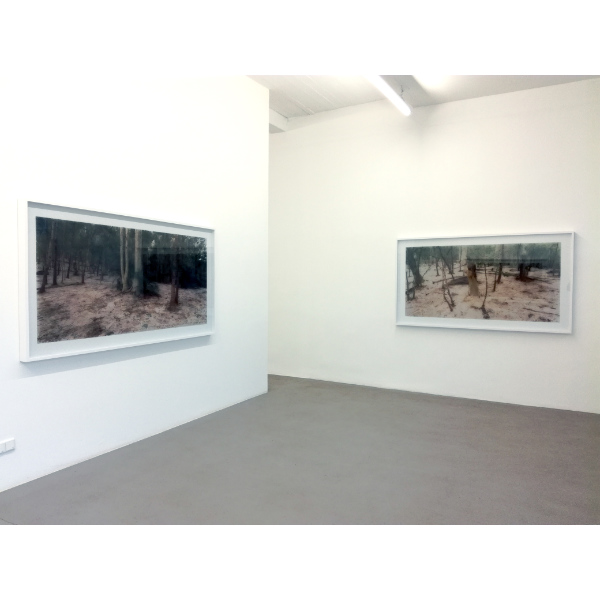 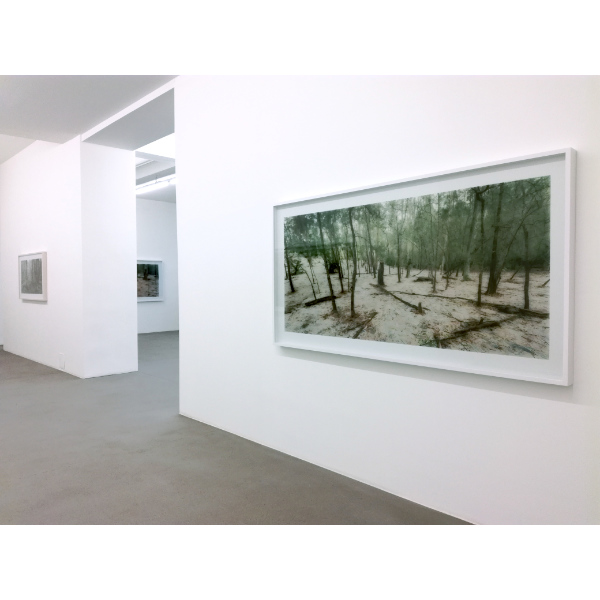 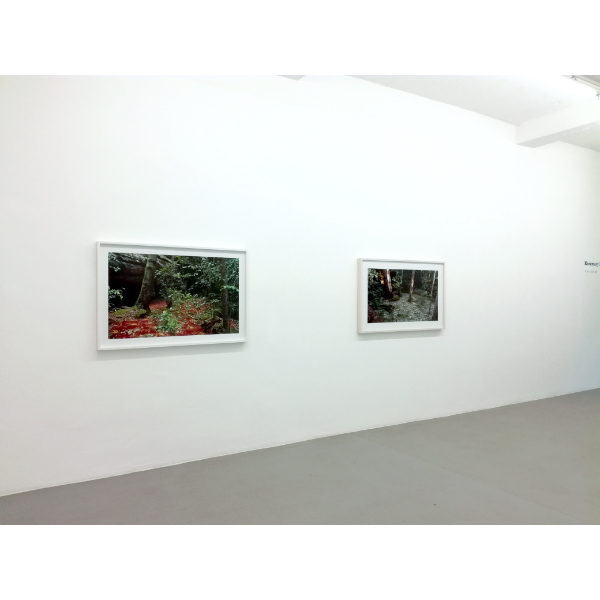 About Rosemary Laing´s series “Paper” 2013. All motives are hand-printed and hand-coloured by the artist. Rosemary Laing´s works evolve from the interventions, which she builds in real in Australian landscapes and totally removes after the shooting took place. Laing’s pictures are evocative and symbolically open-ended, with enough suggestiveness to stimulate the poet George Alexander to write beautiful lines. He sees ”a cacophony of printed voices” on the soil, a ”cultural carpet of current events and mercenary babble”. Ironically, paper is a forest product; and its return to the site of its material manufacture, after being imprinted with all the energies that pulled it into the economy, is uncanny. Now, as Alexander says, it is ”typographic stew, falling apart like old lacework, dissolving like paint”. It signals another kind of weathering, a constant displacement of one voice by another, as each column or advertisement is washed away by another in a torrent of messages. The media still have a physical incarnation that makes this morass more tangible. The fragile paper still supports all the images and words that are now spread out in the bush in putrifying overlap; and with this decomposition, the photographs stage the return of metaphor. It is the mire of ideas, the sludge, the pulp, the scum, as cynical readers – or even rival newspapers – describe what is in the press.

Laing’s wasteland of verbal and visual garbage is also a kind of painted layer upon a grand canvas. Not only is it the sacred land of the Wodi Wodi people (of the Yuin nation in NSW) but it’s a property on the Shoalhaven River known as Bundanon, bought by Arthur and Yvonne Boyd, and subsequently trusted to artists for residencies, which Laing has taken up. Numerous paintings have been produced there, notably by Boyd and then by other artists in residence. Though not a painter, Laing’s work has some curious painterly qualities, not just in the mottled tones caused by the newspaper but in the declaration of a perspectival plane upon which the trees grow. Artists don’t enjoy painting chaos; and much of the Australian bush is unpaintable. Clearings or viewpoints are sought, so that the land behaves a bit like a canvas on the horizontal plane to inform the vertical canvas of the artist. In addition, Laing’s intervention has caused leaf litter to pile up around logs, which underlines their presence, as if by an emphatic drawing process. The whitish mantle of newsprint brings all objects into painterly relief. With a pictorial bias, the horizontal volumes stand out in the same way a painter might bulk out the shadows with an underscore of mark-making. Ghostly colour and melancholy connotations: the same newspaper that is mush is also a monument to the vitality of its time. In the end, Laing seems to say, our best traces get pulped with the worst, as the forest of progress is consumed by the bleaching of time.