... and all longing is in the end geometric

Since the 80s I have been working on drawings and sculptures that have a clear, reduced appearance yet have little to do with minimalist positions. On the contrary, they pursue the idea of a poetically organised space and subjective conceptualism. In this way, the works on the whole use their directness as a form of argumentation, and paradoxically it is precisely this decision not to use external references and sources which in the first instance makes the works so inaccessible, unfamiliar and also secretive. I perceive my works as facts of the case, which soberly deal with their physical presence and thereby the presence of the viewer.

In the latest works it is above all about contradictions, which are staged and played off against one another, counteracting strengths that within the spatial ensemble criss-cross through the empty room. Just as movement and deliberation come together in the drawings, the viewer experiences this work by looking at it, and is only able to comprehend it by retracing the constructions. It is the viewer’s gaze that the work captures within its scope. Because “the desire” – as it is called in one of the works – “ is merely a bearing, like the gaze, and all longing is in the end geometric.” MB 2012

Brandmeier is a sculptor who sometimes makes still photographs and videos. Because she is trained to privilege a a consideration of how three-dimensional objects are perceived in space, in her photographie works the flatness of the picture surface and the four corners of the frame (or screen) are not treated as benign preconditions. Instead, she uses flatness and framing - conventions that are so fundamental to photography that notice them any more - as her conceptuai starting point by not allowing them to remain invisible.
Brandmeiers's work is very much about the process of photographing, and about the difference between perceithing in real time and space and looking at its image in a four-cornered frame at a later point in time. In her works Formatting Blick/Formatting View (2004), Drei Antworten auf zwei Fragen/Three Answers to Two (2000), and Immer über dasselbe stolpern/ Always Tripping Over the Same Thing (2001), Brandmeier shoots the same objects from various angles and distances. The images that comprise these works are very )different from one another, effectively illustrating that photographs are highly selective interpretations of reality. By focusing her camera on one thing from various points-of-view, Brandmeier also allows the viewer to see "beyond the frames." In other words, one picture negates the constraint of the frame in another, by offering information that is "cut off" by its edge.
The four small corner-shaped pieces in Formatting Blick/Formatting View imitate the frame indicators one sees when looking through a camera's viewfinder. The photographs are taken fram three distinct vantage points. Consequently, in each picture the objects appear to have radically shifted position. For Brandmeier, the act of photographing in this work functions very much as a prajection, a process that does not record a scene as it is, but rather "projects" the technical conditions of the camera and the four corners of the frame into the final image. In addition to the four corners of the final image, there are the four plastic corners that constitute the motif of the pictures. Because the corners mimic the frame indicators of her camera, the camera is an essential tool in the planning of the scene that is photographed, in the sense that Brandmeier needs the camera in order to loeate the plastic corners in the first place.
Very interested in the spatial relationships between cameras, the objects they record, and viewers of photographs, Brandmeier methodically explores the mechanisms of photographie illusion using simple props. Glass beakers, cardboard, wooden palettes, wire, and paper are typical of the materials she uses to construct her photographie tableaus. The "use value" of most of these items in the real world is to build things or bind things together - their identity is malleable and continually morphed. Similarly, our perception, or reading, of Brandmeier's images is meant to remain unfixed and open to possibility and f1uxuation.
Immer über dasselbe stolpern/Always Tripping Over the Same Thing is about duration and the process of looking at and remembering images. In this series Brandmeier discourages a linear reading from left to right by changing the third picture's format fram black-and-white to color and by repeating a picture. The repeated picture has the effect of "tripping" the viewer, raising the quest ion of whether we are more likely to mentally "stumble" on something we see again than on something we see for the first time.

Brandmeier uses line, form, and reflection to layer, confuse, and emphasize the sense of space in her images. In her video Löffel/Spoon (2003), for example, a spoon ratates slowly and reflects an image of the artist and her video camera each time it turns in front of the lens. When the side of the spoon is in view, the image of the artist disappears and the viewer's attention shifts to the space beyond the spoon captured by the camera, in this case the view out of the studio window. The outdoors can also be seen in the architecture that fills up the space surrounding the spoon in the four corners of the video screen. The viewer's sense of space is in constant flux, much like it is in reality. The cycling of the imagery invites the viewer to mentally jump from one spatial "Iayer" to another, and by extension to become aware of his or her own position in relation to the art object. "One aspect in many of my works is the idea of space as a dynamic medium, an empty volume that can be loaded with connections, where our physical movement and the direction of our gaze create imaginary lines," explains Brandmeier.

The series Drei Antworten auf zwei FragenIThree Answers to Two Questions was photographed near the Polish town of Bydgoszcz. The motif is an abandoned architectural shell built in a field. The building, with its gaps of unglazed windows and empty doorways, forms a structure that has an open flow between its interior space and the outdoor landscape. During the course of her photographie "inspection," as she calls it, Brandmeier adds temporary props and half-formed sentences that conceptually correspond to the architecture that she considers to be also artificial and ill-defined. Ultimately these images operate on three levels by investigating: how the props relate to the original structure; how the building's doorways and windows relate to the frame of the photograph; and how the different vantage points of the camera and multiple images significantly change the appearance of the subject matter from one picture to the next.

By reconstructing spatial relationships the viewer is prompted to imagine space and time beyond the flatness and frames of photographic images. Ultimately, Brandmeier's thought-provoking work confronts us with both our expectations of what defines a medium, and the workings of our own perception. 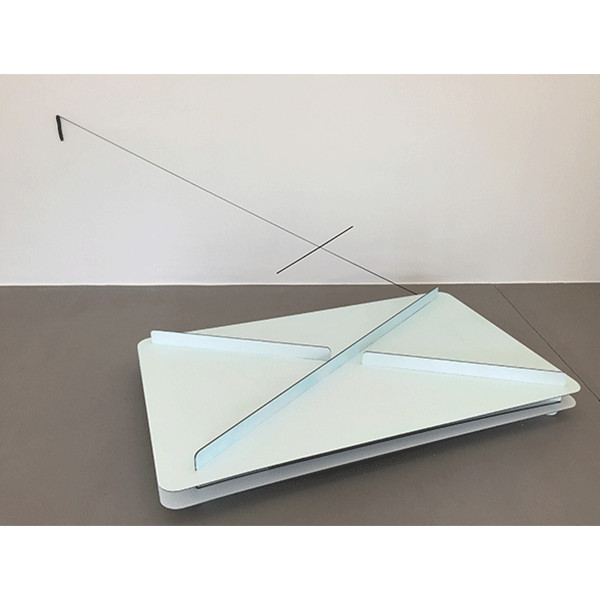 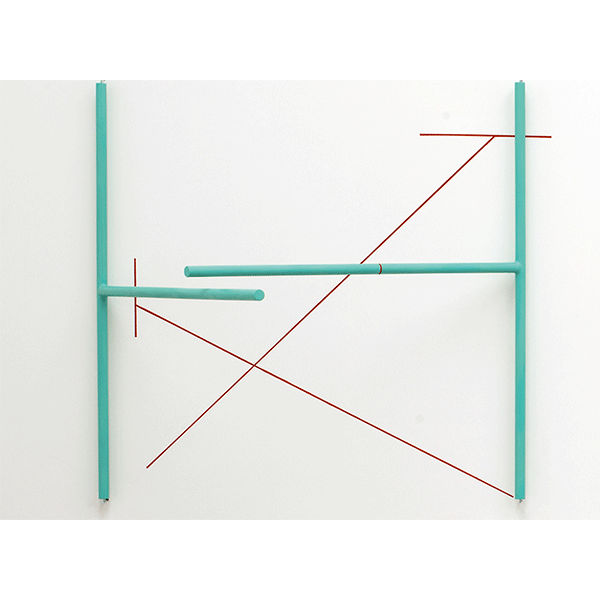 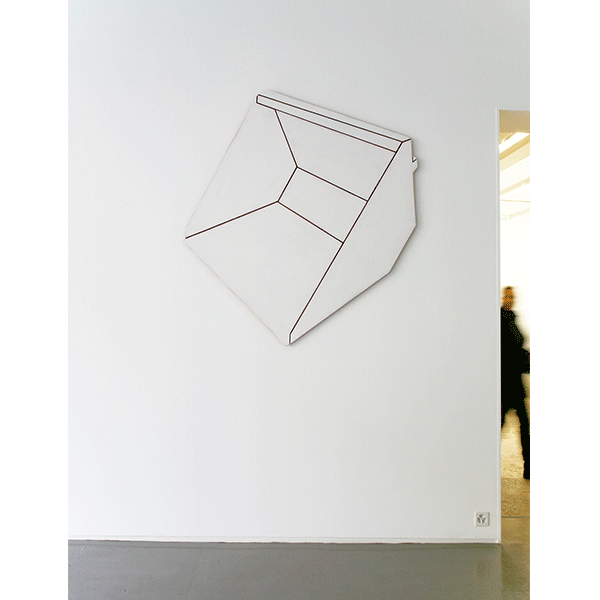