Guy Yanai –
the international career of the Tel Aviv-based painter began relatively late, yet for some years now it has been developing an immense dynamic. Solo shows among others in London, Paris, New York and Los Angeles bear witness to the avid interest in his work. During the past years he has become an insider tip for art collectors. Conrads representation of Guy Yanai in Germany started with the solo show “Boy on an Island” in March 2018.

Despite their apparent disjointed diversity, there is a fundamental constant uniting Yanai choice of motifs, namely the ubiquitous cliché of a better life beyond our quotidian reality that the sheer multiplicity of media images constantly suggests to us. His paintings provoke us by dint of their inherent prosaic immediacy. The strictly controlled method of painting and a tonally reduced but bright palette harness the vivid figuration in these works in a moment of stasis and simultaneous concentration that in combination Transfer the fleeting nature of the given motif in iconic symbolism.

In September 2020, Galerie Conrads hosts the second solo exhibition with Guy Yanai. The exhibition title is "Life In Germany“

In this unpredictable era the spirit of painting remains safe. Something about this primitive act of applying pigment ground in oil to a surface is defiantly relevant and always human. Slowly I have arrived at an approach where I glide the blush across the linen with these “lines” or “stripes” and make entire paintings of just simple lines of brush strokes. This method allows me to make anything I want mine. It provokes me to act in this democratized zone while engaging with images that I find and source with which I have no peculiar connection to. – Artist Statement 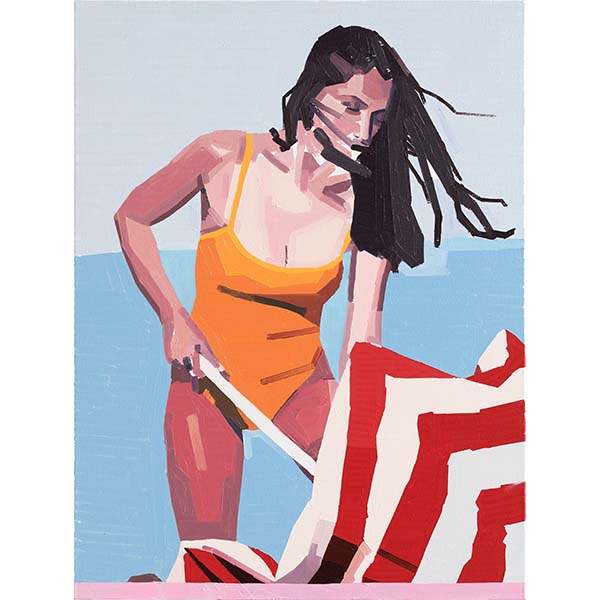 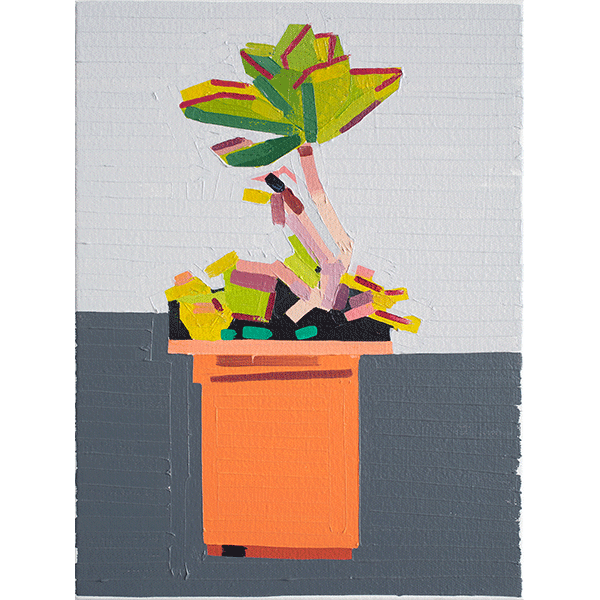 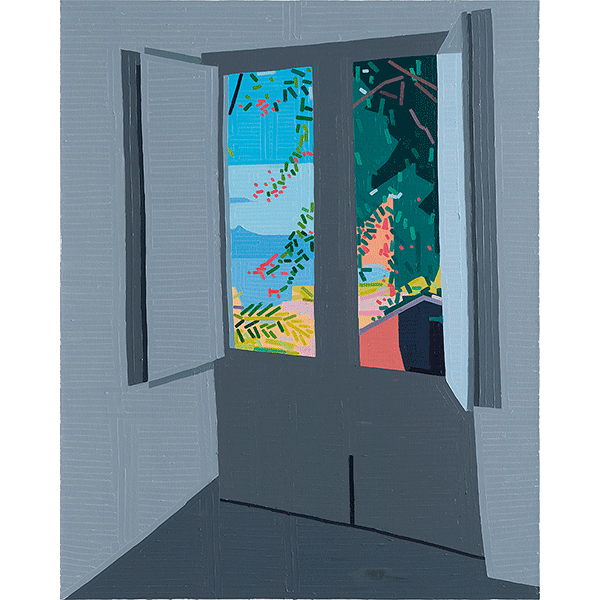