Beat Streuli is one of the most compelling contemporary revitalizers of a kind of street photography that has a long lineage. Moreover, while Streuli’s peculiar blend of photography, film, advertisements, and information flow on the internet is unmistakably of this time, he’s also related to an idea and orientation at the very root of Modernism, namely Charles Baudelaire’s notion of the flâneur.

In his famous essay “The Painter of Modern Life”, here’s what Baudelaire had to say about the flâneur: “The crowd is his element, as the air is that of birds and water of fishes. His passion and his profession are to become one flesh with the crowd(...). There very much remains something of Baudelaire’s flâneur in Beat Streuli, who likewise heads to the street and the crowd, whose photographs are filled with “ephemeral” and “fugitive” momentås, who is both a passionate and a patient spectator, and for whom modernity means an increasingly standardized and globalized urban world influenced and molded by film, television, advertisements, fashion, and lifestyle statements. Surreptitiously using a camera fitted with a telephoto lens, Streuli takes seemingly banal photographs of individuals in crowds, oftentimes, but not exclusively, savvy and appealing young adults in New York, London, Tokyo, Sydney or anywhere else his travels take him. One sees these figures as they’re getting from here to there on their presumably daily routines: walking down the sidewalk, momentarily sitting on a park bench, looking at (or away from) someone else, listening through headphones. Typically, the person photographed projects an aura of vitality and energy, but it’s also disconcerting to find the same look, the same fashion, even the same body language in far-flung locales, suggesting a contemporary “sameness” spreading across national and cultural borders, a globalized homogeneity taking its cues from American pop culture trends. Highlighted in the crowd by Streuli, each of these individuals appears as a momentary “star,” even as a model on a runway (although the runway is the actual street, and not a constructed device) yet Streuli isn’t interested in startling, meaningful poses, but instead in activities so routine and generic that one normally wouldn’t give them a second thought." 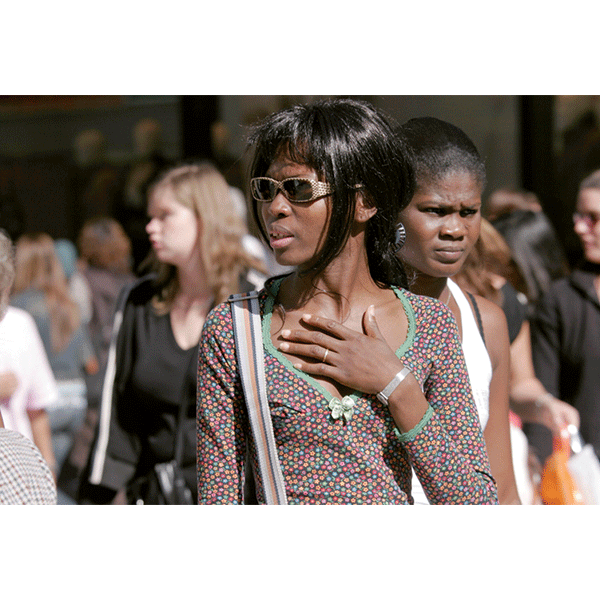 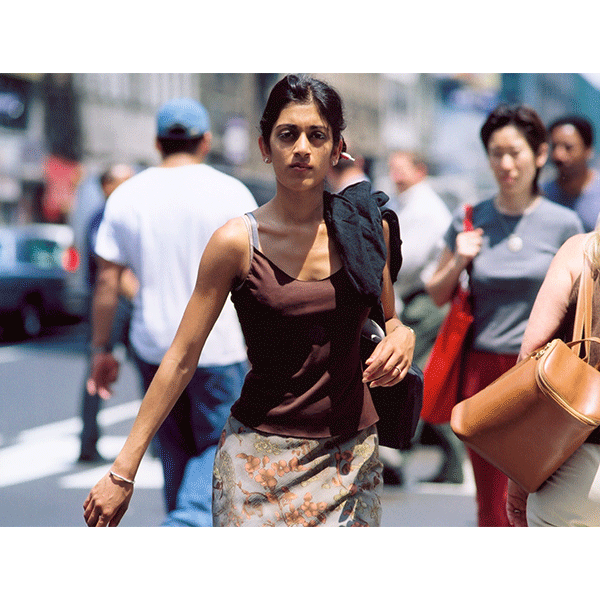 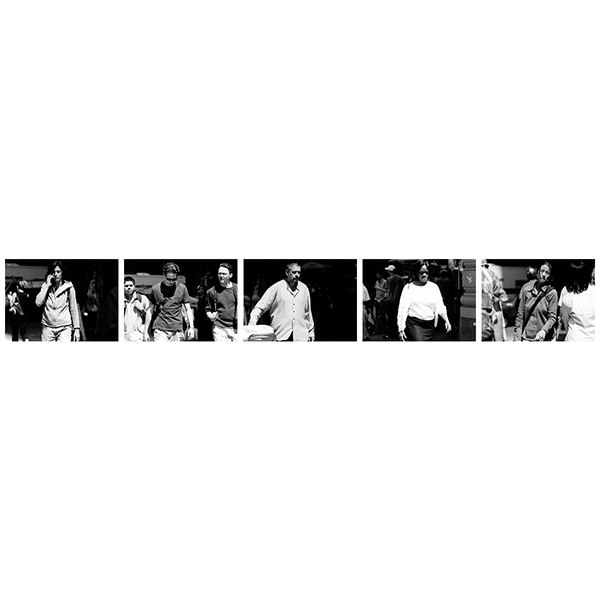