„The immense picture-historical intelligence with which Tanja Rochelmeyer navigates through space certainly hints at her knowing where the border runs between the grammar of speech and the conventions of speaking. Nothing is turned upside down but the striding through mirrored images and the unfolding of unusual spatial relations make one an accomplice on an exploratory trip which, for untrained eyes and brains, can certainly become an endurance test. But Rochelmeyer conducts this fiddly job with maximum self discipline. And so I perceive even what confuses as a moment of happiness. The realm of freedom only begins on the other side of the forces of necessity. The magic spell that gains access here is: Space is the place. Rochelmeyer’s paintings are characterised by compressions, stretchings and daring changes of direction, they have a high acceleration.

The observer’s view follows individual spatial references and time and again stumbles against walls and view traps, some parts at first sight seem conclusive, almost architecturally constructed, others however seem completely free – floating forms but without curves, everything is angular and edged, nothing soft can be found in the forms. All pictures have a constructive hardness, the artist refrains from every homey detail, everything remains a hard cool technical fantasy. Here Rochelmeyer benefits from having made her diploma in engineering, a training that was about attention to detail and mathematical precision. And one sees that in the pictures, the hard language of form is however broken by a very exact and sensitive choice of light and colours, the transitions look as though they had not been painted with a brush but put on by a robot, they are fluid and the passages are hardly recognizable, a plane iridesces casually from anthracite to light grey as though it was sprayed. The colour palette is often dark, but the contrasts are set with a lot of sensibility for the pictorial contexts. No colour stands out without reason, there are no deliberately dissonant contrasts, etc. This is where colour sense reigns. In her latest works (Ohne Titel 1409 /?Ohne Titel 0110) the ever-present relations to architecture are less veiled, they clearly come to the fore and yet the pictures fall into abstraction even though one believes to recognize stages, suites, corridors or parts of buildings. The works from 2008 and 2009 follow another principle – there are some works following the schema of figure and ground, with the figure as such being visible but impossible to identify more precisely. Something full of energy and speed rushes through the picture, almost without reference, and yet artists like El Lissitzky, László Moholy-Nagy, Filippo Tomasso Marinetti and Fortunato Depero act as godfathers. Constructivism meets Futurism and latest architecture and merges into a new modern pictorial language. 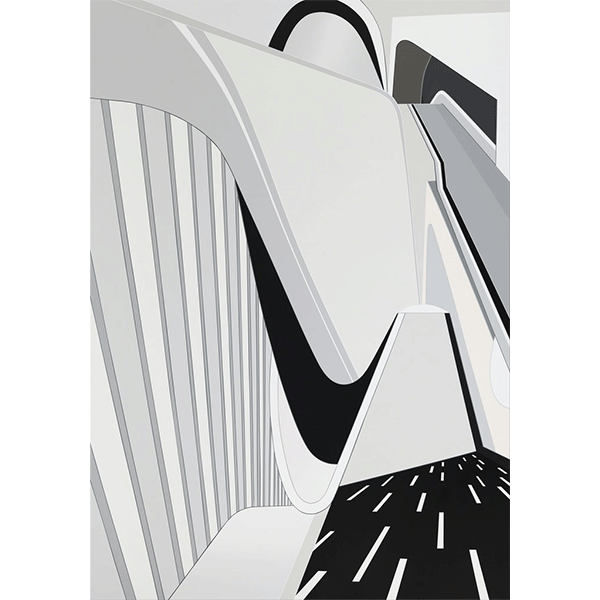 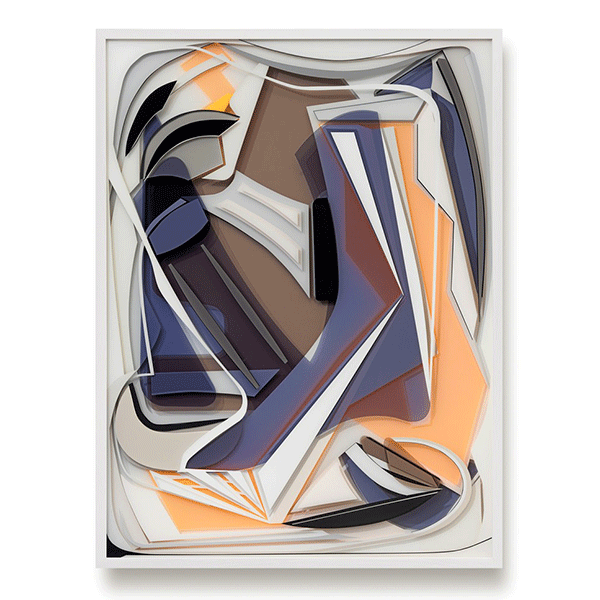